We must confess we, at UK Lingerie, are huge fans of Wonderbra. We adore every single item in the Wonderbra lingerie range, from the everyday bras to the lovely lace bras. It isn’t only the design we love here. The history of Wonderbra is fascinating. Here we take a tour around the greatest Wonderbra moments in the history of the bra. Ready? Let’s start with one of the best-known slogans in advertising:

In 1994, Czech model Eva Herzigova appeared on billboards across the world wearing only a black bra and panties and smiling mysteriously. Next to Eva were printed the words ‘Hello boys’ and nothing much else. There wasn’t need for any additional explanations.

The marketing was for Canadian lingerie brand Wonderbra, which, since its inception in the early 1940s has been credited with the invention of the classic plunge push-up bra that we all know and love.

The ad, which has since been named the most eye-catching marketing campaign of the past 20 years, reportedly caused traffic accidents. Eye-catching, indeed. Such is the power of body confidence, a black-and-white filter and a well-designed push-up bra…

Since the 1990s, and especially following that groundbreaking – and somewhat controversial – advertising campaign, Wonderbra bras have been at the forefront of customers’ minds when they think of lingerie, and in particular, innovative underwear design.

Although the brand only soared to fame later on in its life, Wonderbra lingerie is also synonymous in many people’s imaginations with the 1950s and the North American consumer paradise. If you wanted to be at the forefront of fashion, fitness and glamour, the only product for you was Wonderbra.

A classic in lingerie

It was in the early 1960s that the lingerie company – at the time, called ‘Canadian Lady’; later to be ‘Consolidated Foods’ and now the ‘Sara Lee Corporation’ (yes, of confectionary fame) – launched, nay, invented the most pioneering lingerie product of the 20th century: the Model 1300 plunge push-up bra.

Yes, that’s the one you know and love.

The Wonderbra product has always been at that difficult-to-manage crossroads where clever design, comfort and economy meet sex appeal and style.

How do they do it, you ask?

This is the million dollar question: How (on Earth) do they do it?

How do they maintain the reputation of being a master designer dedicated to functional underwear manufacturing, whilst still making the wearer feel sexy and confident?

How do they marry technical sewing skills and innovative production methods with raunchy, boudoir-friendly lingerie?

The answer: nobody knows. But it’s safe to say, Wonderbra is the best at it.

Wonderbra lingerie may be seen as a stalwart in underwear creation, but no matter how reliable the product is, the brand has always taken the lead in the world of fashion lingerie. With names like ‘Refined Glamour’ and ‘Modern Chic’, the brand’s collections continually meld colourful fabric choices and bold patterning with flattering lines and trendy cuts.

The company appeals to those customers who need both a reliable set of staples in their underwear drawer and an extra special range of knock-‘em-dead nightwear for special occasions.

These are the kinds of bras you could wear with any outfit… as long as it’s absolutely gorgeous. They all have matching briefs, which are absolutely affordable.

Don’t believe us? Take a look at UK Lingerie’s Wonderbra range, and see for yourself. 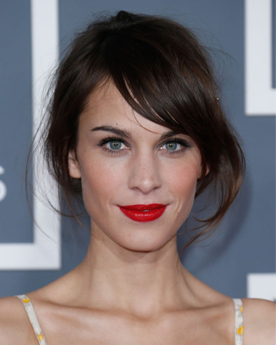